What's the difference between
a groundhog and a gopher? Portrait of a Groundhog

So what's the difference between a groundhog and a gopher? And where do woodchucks and whistle-pigs fit in?

Marmots are ground dwelling members of the squirrel family, Sciuridae. They are of the genus marmota, characterized by thick, powerful bodies, flat heads and strong claws.

There are about 15 species of marmots found around the world, many of whom inhabit mountainous areas. The groundhog is one species of marmot which is found in North America, and lives in lower elevations, meadows and grasslands.

So, rule number 1: Not all marmots are groundhogs, but all groundhogs are marmots The groundhog is known by many names, including woodchuck, and whistlepig.

The term whistlepig has to do with the groundhog's warning call, which is a shrill whistle. The noise is similar to a squealing pig, so that makes sense.

But "woodchuck" is a bit confusing.

The term woodchuck doesn't have any real meaning or have anything to do with wood, it is simply believed to be a modern interpretation of the Native American word for the animal.

So, rule number 2: woodchucks and groundhogs are the same animal. Moving on to gophers...

Gophers are not in the squirrel family, they are in an entirely different family of rodents known as Geomyidae, which includes the beaver. There are about 35 species of gopher, all found in Central and North America. Gophers are considerably smaller than groundhogs at only about 2 or 3 pounds.

Unlike groundhogs, who spend lots of their time above ground eating the leaves and fruits of plants, gophers rarely come out of their burrows. They feed on the underground parts of plants, such as the roots and tubers. Gophers also have cheek pouches, like hamsters, that they can store food in and empty for later.

So, rule number 3: Gophers and groundhogs are different animals.

Wait, we're not done yet!

is a groundhog a groundsquirrel? The name gopher is also commonly applied to other squirrels like the Richardson ground squirrel. These tan colored squirrels are also smaller than groundhogs, and leaner in body type.

The Richardson ground squirrel is common across much of the Northern U.S., living in burrows on open grasslands. They are similar in appearance and lifestyle to prairie dogs, which are in yet another genus.

They are called gophers on a regular basis, and most people familiar with the animal know exactly what is being referenced, so from a common language standpoint, they are considered gophers, but scientifically, only members of the family Geomyidae are gophers.

So rule number 4: Ground squirrels and gophers are different animals.

Ultimately, all squirrel-type animals that live in burrows, have buck teeth, and eat seeds while standing up on their haunches are regularly referred to as groundhogs, but only one species of marmot is actually "the" groundhog. - Groundhog Facts 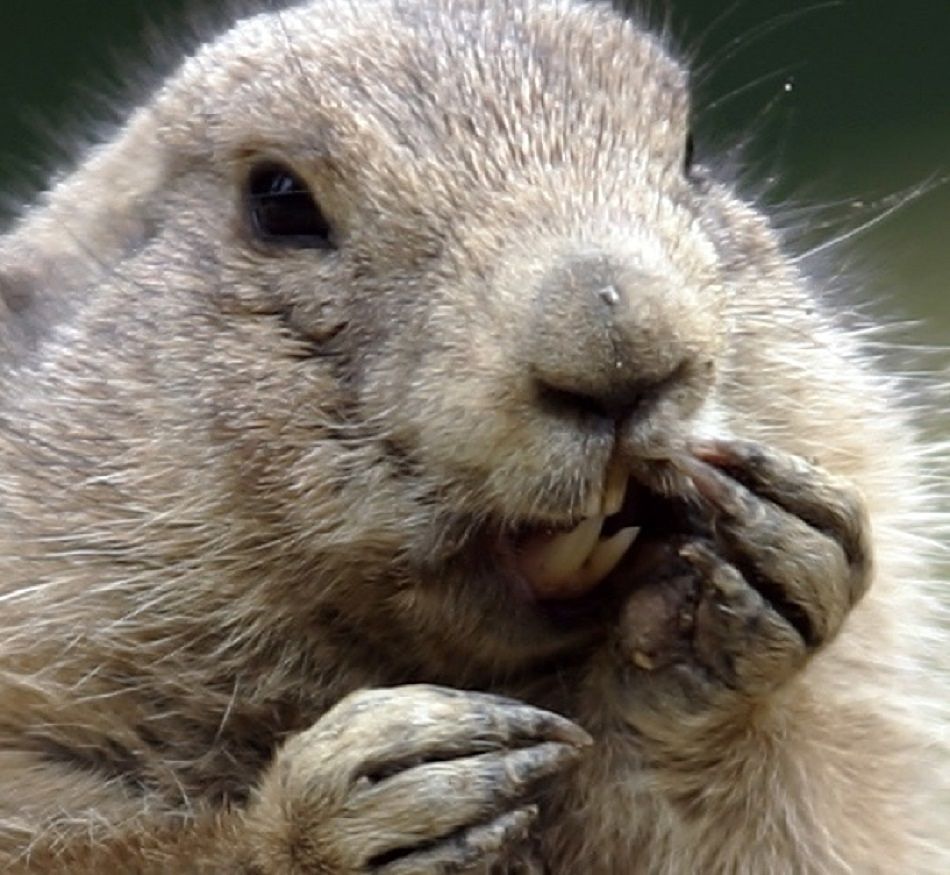